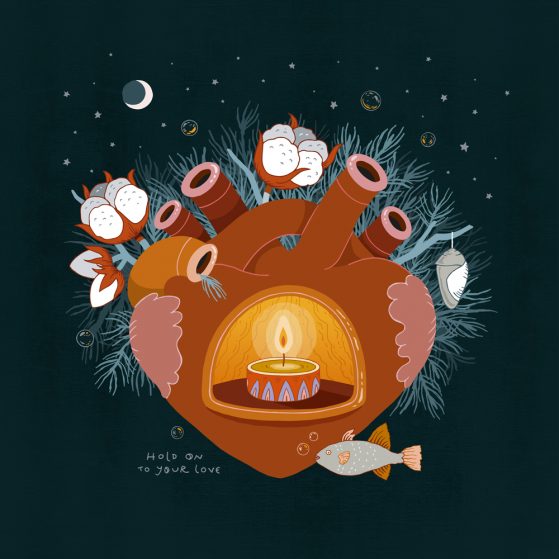 Hold on to your love

Titoffee and Hibotep entwined their individual ideas to create what would establish the original recording entitled, “Hold on to your Love”.  The lyrics written and performed by Hibotep, observe the demographic injustices, racism, and resilience in Africa, and she suggests in an understated poetic style, her vision for a better life through the collective principals of empathy, solidarity, and hope.

The remixes includes a planning version by Felix Laband, pioneer of the 2000 South African electronic music scene & Leeu, talented downtempo producer from Johannesburg and  a downtempo percussive mix, by Soul Wun, a 22-year-old music producer from Newcastle in Australia, who is highly regarded for his atmospheric and melodic music compositions.

Dee C’rell, English composer, producer, pianist, and DJ, recognised world-wide for his pioneering compositional within electronic, contemporary, and jazz related music has joined his force. The Hibotep poesy was initially inspired by an instrumental composition by Dee C’rell entitled, “Catching Stars As They Fall”, which was released on Holm Records in 2017 and that will be re-released.